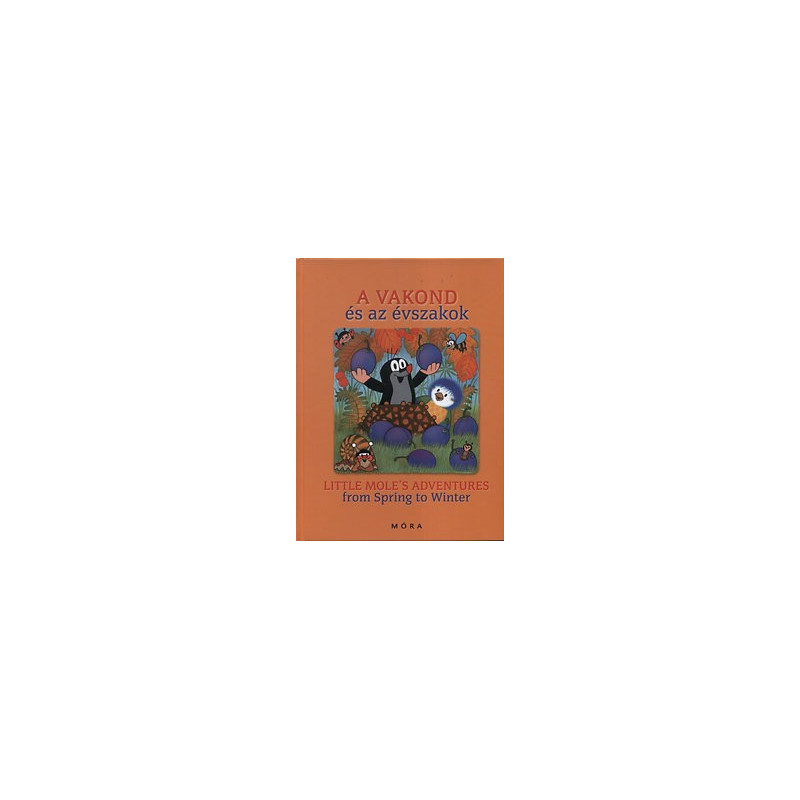 Hungarian/English story. This spring Little Mole helps a little finch; in summer he saves some flowers. He makes jam in autumn, and in winter plays for hours. From spring to winter Little Mole's year is full of fun.

The Mole is an animated character in a series of cartoons, created by Czech animator Zdeněk Miler.

The Mole (in the Czech original called Krtek, or Krteček (little mole); Slovak Krtko; German Der kleine Maulwurf; Hungarian Kisvakond; Polish Krecik; Finnish Myyrä; Russian Кротик) is an animated character in a series of cartoons, created by Czech animator Zdeněk Miler in 1956. Since its inception, the character won itself an enormous popularity in many Central European countries including Germany and Austria, as well as India, China, Russia and Japan.